In this guest post Max Therry discusses the difference between HDR effects and a true HDR technique.  Max is an architecture student who is fond of photography and wants to become a professional photographer. He is also working on his photography blog about photo editing, modern photo trends, and inspiration. Feel free to reach him by email.

There seems to be quite a bit of confusion around the different types of High Dynamic Range (HDR) images out there, and the ways in which each are made.

HDR is a love-it-or-hate-it kind of thing, and a lot of photographers have very polarized views about it. Photographers like Trey Ratcliff and Elia Locardi have made a name for themselves creating absolutely stunning HDR images, but there are so many poorly done HDR images flooding the internet that a lot of people think that all HDR images look eye-wateringly garish.

This article is going to look at the differences between single-photo HDR, HDR effects and filters, and exposure blending using a camera and HDR software.

HDR first became really popular back in the mid 2000’s, and the only way to create it is to shoot a series of images using exposure bracketing, then blending the images using a program like Photoshop, Photomatix or Aurora HDR (check them out for yourself both Photomatix and Aurora offer free trials). It’s time consuming, and takes a while to set up properly, but the final image quality is far superior to the other methods.

Purists would call this ‘true’ HDR, and it involves a few steps. Firstly, although it’s possible to create HDR with JPEG files, it’s always better to shoot RAW to capture as many details as you can in your images.

You go out and find your scene, set up your tripod, and set your camera to shoot different exposures of at least three identical images. You can have more than three, some serious practitioners create HDR images from seven or more bracketed shots.

You would have set your bracket to capture a one or two stop difference with each photo, so you end up with a range of exposures from dark to light. 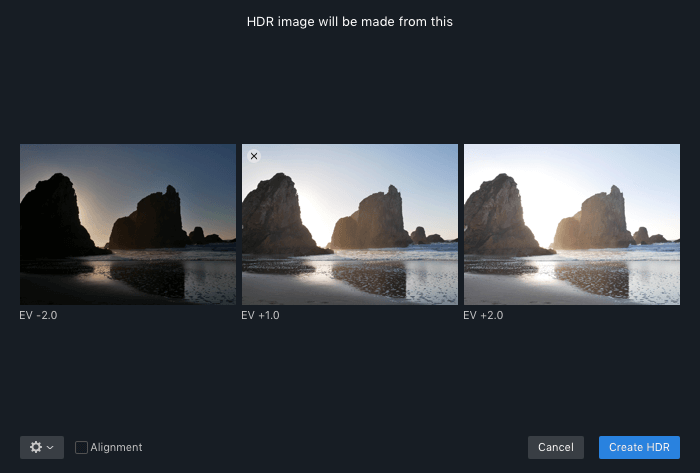 As mentioned above the only way to merge these images is upload them to either Photoshop or other dedicated HDR software like Photomatix Pro or Aurora HDR, which align and blend all the exposures together to produce one final image. This final image is colorful and contrasty, and you should be able to see all of the details, from the darkest shadow areas to the lightest highlight.

To successfully shoot a series of HDR images you need to use a tripod, as the camera must take exactly the same image each time to aid in aligning and merging later in the software. Modern HDR editors often allow a little leeway for hand-holding the camera, as they have features such as auto align.

Not all images are suitable for shooting in HDR. If anything is moving in your image, it can create something called ‘ghosting’, which means the moving object can leave fragmented outlines of itself in the final image, as it moved across the frame while you were taking the photos. Again, modern software can help with this, but the fixes can still leave some ghosting. Even clouds, trees, and grass moving on a windy day can cause this issue, so be aware.

Landscape and buildings are best suited to the HDR technique because they generally don’t move. I have seen some good wildlife HDR photos, but they were taken when the animal was totally still – something that doesn’t happen often.

You must also keep the same aperture and ISO when shooting HDR, and only use the shutter speed to adjust exposure.

This is a technique that takes a single RAW photo, and turns it into a HDR image.

It isn’t as effective as multiple-exposure HDR, and it depends on your camera sensor’s ability to handle dynamic range, but you can still get some good results. You simply take a RAW file, load it into any image editor, and then create three differently exposed versions of the same image.

One should be a lower exposure than the original, one a well-balanced mid-range exposure, and one should have a higher exposure. Save these three files separately, and you are ready to create your HDR image.

Put the three (or more) files into any HDR photo editor, and blend them the same way you would with three separate bracketed images.

The detail and picture quality of this type of HDR image will not be as good as a bracketed and blended ‘true’ HDR, but it is the closest you can get of all the methods.

You must shoot in RAW for this type of HDR to work, as JPEG’s simply don’t contain enough highlight and shadow detail.

Often, a HDR image-editing program will have a range of filters or presets that you can use to change the look and style of your created HDR images. For instance, you may want a more soft and dreamy HDR effect, or wish to use a specific architectural HDR preset. These filters and presets are a good way to individualize your HDR images.

Some HDR filters and effects take a normal image, and add a preset to them that mimics HDR. A lot of mobile phone photography apps contain an HDR effect filter, and you can find plenty of presets on the internet to turn your camera images into faux HDR. These effects are generally very harsh and garish, and can look very overdone.

The only way to get the range and detail of HDR is to take exposure-bracketed images and blend them. Single image HDR is a good compromise, if you have a camera that is capable of taking RAW images. Last on the list is the filters applied to normal JPEG images.

Whichever style of HDR you choose, try not to overdo it – subtle changes are often better than huge ones. One last thing – have fun!

This site uses Akismet to reduce spam. Learn how your comment data is processed.

Join thousands of subscribers and receive exclusive discounts and tutorials in your inbox! 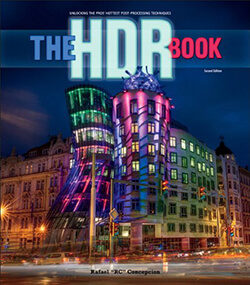 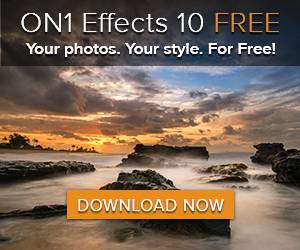 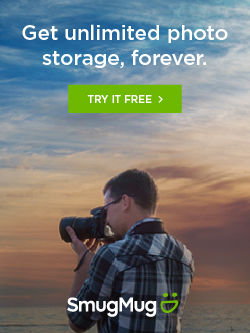